A little over a year ago, I published my review of the website Memrise. My skills as a writer have progressed since then, so I’ve decided to re-write a better version of the original. 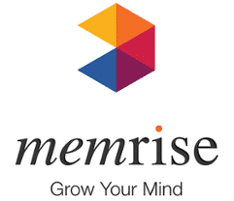 Memrise is an educational website that features a spaced repetition system flashcard decks. This means that vocabulary words that you know (and often answer correctly) will show up less often. The benefit is that it helps you with storing information in your long-term memory- a major plus. Memrise is specifically designed to facilitate language learning, with language “courses” specially designed by the Memrise team. Despite being focused on language learning materials, flash card decks for a variety of topics were also available on the site. Users were also able to create their own custom Memrise decks. This made Memrise a great alternative to downloading Anki or paying for the Anki app.

I used Memrise to create a flashcard deck of 400, out of the 1000, common Japanese words that I did not know. I found it to be incredibly helpful. In fact, I continued to use Anki to study JLPT N3 kanji characters. Some of my favorite features were:

There were a few things that I did not like about Memrise. For these things, I simply created a deck on Quizlet.

Overall, I found the website to be very helpful for learning by repetition. My intention was to eventually begin making decks composed of entire sentences, instead of studying individual vocabulary words. However, I never got around to that and since then, a lot has changed.

As of July 2019, I can see that the site has undergone a serious brand reformation. Some time ago, I was informed (via email) that “community created decks” were being moved to a different website. This means that flashcard decks created by regular Memrise members were going to be removed from the main site and the mobile app.

When I logged on, for the first time in months, a lot more than the location of decks had changed. Even pricing and features that come with a premium subscription are no longer very clear. It seems that the changes to the Memrise website have sparked a lot of backlash from ex-users. So far, it seems like the features that I enjoy are still available, so I’ll still be using Memrise to study. If anything changes, I’ll write another post here.