I did it! 8 days ago, I finally took the JLPT for the first time! 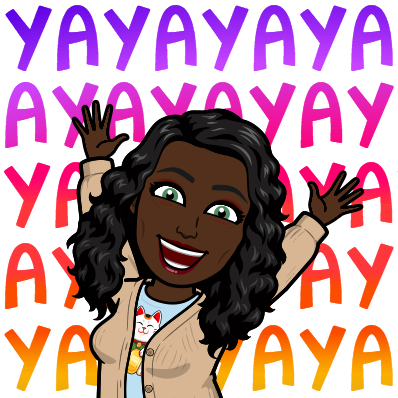 Where did I take the exam?

Where I live, there’s no nearby testing center to take the JLPT, so I decided to travel to Washington, D.C. to take it. The weather was very cold and damp, but I’m just grateful that there wasn’t any snow.

How long did I prepare for the exam? What did I study?

Leading up to taking the JLPT, I began studying in August or September of this year. Since I hadn’t ever taken the exam before, I didn’t really know what I should study, so I just focused on my weak areas. I learned some kanji and vocabulary, read some news articles on NHK, and the week of the exam I focused on grammar.

To sum it up, I didn’t study for the exam.

How did I know which level I should take?

I chose to take the N2 based on what I read and heard about the levels of the JLPT. My understanding is that N5-N3 cover the basics of Japanese (up to about middle school-level Japanese) and that N2-N1 were more of college-level and business Japanese. I felt that anything below N2 would not be very challenging or worth paying for. I also used the checklist provided on the JLPT website to help me to determine which level I should study for. I already speak a conversational level of Japanese, so I didn’t think it would be to hard to get myself to N2.

The day of the exam…

Before the exam, I tried to relax, but I really couldn’t. I was excited that I was finally taking the JLPT, but also very nervous. My concerns were about whether or not I was ready, if I would get lost looking for the test site (D.C. was very confusing), and the demographics of the test takers (I was nervous about sticking out). I made sure to eat a lunch that would keep me full, without upsetting my stomach, before heading to the test site. I brought everything with me that they said I needed to bring, except an analog watch. Once I got to the room that I’d be taking the exam in, I was directed to my seat. By that time, I had about 15 minutes of free time. I listened to some peoples conversations and it sounded like many of them were a little unsure of their selves too. Some were students at the university that the exam was being held, others were half Japanese people, and the rest were just ordinary people- like me.

Suddenly, at about 10 minutes til, a woman walked into the room and began speaking rapid-fire Japanese to us. This caught me off guard completely, but I perked my ears up to understand her. She was asking us to take a survey before we began the exam and explained that we would need to put our phones away soon.

As she spoke, it hit me, she was speaking to us in only Japanese because everyone in the room- including myself, should already understand Japanese. That’s when my anxiety started to fire up. “What if I don’t understand enough Japanese? Did I study long enough? Everyone in this room probably knows more Japanese, yet I’ve been learning for nearly 15 years…!” I felt my stomach turning (good thing I didn’t eat anything too heavy) and my heart started to beat out of my chest. Then I heard someone say to me “stop frowning, you’re ruining your makeup.” I looked up to see the man who had directed me to my seat looking right at me. “Huh??” I replied nervously, “your make-up” said while making a hand gesture towards his own face. I felt like I was going to pass out right then, then he repeated what he said before “your makeup looks very nice”, then he handed me the survey. I inhaled and thought about how much of a jackass I probably looked like and I chuckled nervously while I thanked him. I was freaking out internally.

Finally the time came to begin the exam. The directions and examination rules were explained in clear English. I looked down at my exam booklet and answer sheet and noticed that everything was in Japanese only. When we were told to begin, I couldn’t even open my booklet because my hands were shaking so badly. So I stopped, closed my eyes, and gave myself 60 seconds of precious exam time to just breathe. I told myself, if you don’t calm down, you will fail this exam for sure. I opened my eyes and began.

The exam questions were very similar to the JLPT workbooks and the format almost reminded me of the SAT. I was given a paper workbook and two answer sheets to fill in. There were kanji, grammar, vocabulary, and reading questions, but they weren’t necessarily separated off from one another in sections. The exam felt as long as it actually was. I wouldn’t say it went by quickly at all.

The kanji and vocabulary that I came across were all ones that I’d come seen when studying, though many of them I had already forgotten. I struggled with the most with grammar since I hardly spent any time studying it. I was new to almost all of the grammar I saw or I wasn’t sure of the difference in when to use certain ones.  I was especially caught off guard by questions that asked me to put together a broken up sentence. For example, a sentence would be broken into 4 pieces and randomized. I would need to first know how to put the sentence pieces in order, then answer, for example, which would be piece 3.

The last section of questions were all for reading and the passages were very long. Most, if not everything, was some sort of business email or merchandise advertisement. Then, the  questions were about the specifics of the email. (i.e. What was the reason that the company need to contact the supplier? Then answer bring something like: if the device didn’t work after 2 weeks.) The passages were so long that I had to guess my last 4-6 questions because I ran out of time.

After the first part of the exam, we were given a break for 15 minutes. I looked around the room at other people’s faces and they all looked very worn out and stressed. This exam had everyone shook. During the break I stretched my legs and got some water, then I came right back to my seat because I just wanted to get it over with. I was no longer feeling any sort of anxiety, though I was feeling some frustration about how long the reading question passages were.

The second (and last) part of the exam was the listening section. Going into it I felt very confident because listening is one of my strengths. When the recording began, directions were explained to us in only Japanese, then we were given an example question and it’s answer (so that we knew how to answer the question). During the first few questions, we listened to a conversation and chose from 4 given answers (in the booklet) relating to what was said. As the reading section progressed, there was less given to us in the workbook, til eventually there were blank pages and the questions, answers, and spoken scenario were all given verbally and we were left to our comprehension to be able to listen and select the right answer (which we filled in on our answer sheet). I didn’t take any notes during the listening section, which might have caused my downfall. I didn’t take notes because I felt that it’d be faster to write my notes in English, but I don’t think in both languages and I didn’t feel comfortable jotting down notes in Japanese.

My final thoughts and future direction

Taking the JLPT was so stressful, but I am so happy I did it. Before the exam, I didn’t know what I needed to study and I couldn’t be sure of where I fell on the spectrum of understanding the language. Now, I know exactly what I need to study. Also, the JLPT was a wake up call that I need to get more creative when it comes to studying. My biggest excuse for avoiding studying business-Japanese was that I had “no chance” to use it. However, I clearly need to create opportunities to use every thing that I learn. Ironically enough, one of my favorite YouTube’rs made a video showing how she did exactly that when she was newer to the language.

Going forward with my studies, I will spend more energy being intentional when I am exposed to the language. Instead of always using a dictionary to look up kanji and vocabulary that I should already know, I will spend more time actually memorizing. At the moment, I’m using Bunpro to study grammar and I think I want to go backwards from N2. For listening, I may subscribe to a basic service with a website like JapanesePod101 or FluentU so that I can work on my listening comprehension.

I don’t necessarily feel that I failed the exam, but I also don’t know that I failed because I understood a lot. I’m looking forward to getting my exam results back and improving my Japanese from here! I don’t regret taking N2, in fact, I still believe that it would be a waste of money for me to take anything below it. However, I do wish that I had ensured my foundation was stronger by going through N5-N3 study material first.

Getting a late start today 😅 I’m gonna study kanji for 30min using Quizlet and making example sentences. For my kanji example sentences, I’m still not studying for the sake of learning the English definition, so I’ll just pick a sentence and erase the furigana. The idea is for me to learn the readings. I’ll focus on the definitions later. For the second 30 min, I’ll be studying grammar pt1&2 in genki 2, chapter 19. Mostly by doing the activities in the book and workbook. I’ll also be noting any questions I may wanna ask my tutor next week. How’d your studies go the past week? #studygram #study #languagelearning #japnese #jlpt #flashcards #cute
Another study session complete! I like taking advantage of all the games and test features on Quizlet. It makes it easier to plan out how I’m gonna study. Now I’ll just prep for my 1-on-1 with my italki tutor tonight to practice reading out loud. How are your studies coming along? #studygram #study #languagelearning #japanese #jlpt
Getting started with a new kanji flashcard set! What are your study goals for the week? #studygram #flashcards #nihongo #langugelearning
I study for 1 hour a day, 30 minutes if I’m pressed for time. In both cases, I study something different every 15 minutes. Today, I studied kanji/vocab (flashcards) and genki 2 grammar~ #studygram #study #languagelearning #japanese #勉強垢
⁣⠀
#blackouttuesday
About
Contact